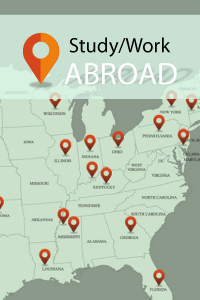 SPANISH AS A FOREIGN LANGUAGE:

The Center for Foreign Languages GoTraining-Chile evaluates Spanish language proficiency through a Preliminary Examination Test administered once the international student arrives in Quilpué.

Course A: Communicational Spanish and Chilean Culture
Course B: Communicational Strategies – Grammar & Composition
The overall objective is to increase the skills of speaking, listening, reading and writing in Spanish from a communicative approach. Learning takes place through geography, history and culture of Chile. Students receive overview that will allow them to analyze, understand, and compare a Hispanic country like Chile with their country of origin. 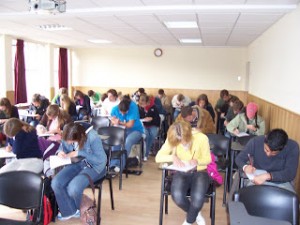 Chilean Spanish has its own characteristics. You will notice that in general Chileans speak fast and not really clear. However, you will get used to it, so don’t worry. They commonly do not pronounce the “s” on ends of words. Chilean Spanish has some words for things that are different than Standard Spanish. You may hear the second person singular pronounces as “ai” rather than “as”. For example, “¿Como estai?” rather than “¿Cómo estás?” It may sound strange at first, but it’s part of the beauty of the language.

Applications Open for the following Spanish and Chilean Culture Programs:

ENGLISH AS A FOREIGN LANGUAGE:

The Center for Foreign Languages GoTraining-Chile evaluates English language proficiency through a Preliminary Examination Test (Written and Oral) administered once the local student has decided to apply to one of the programs offered by our international partners.